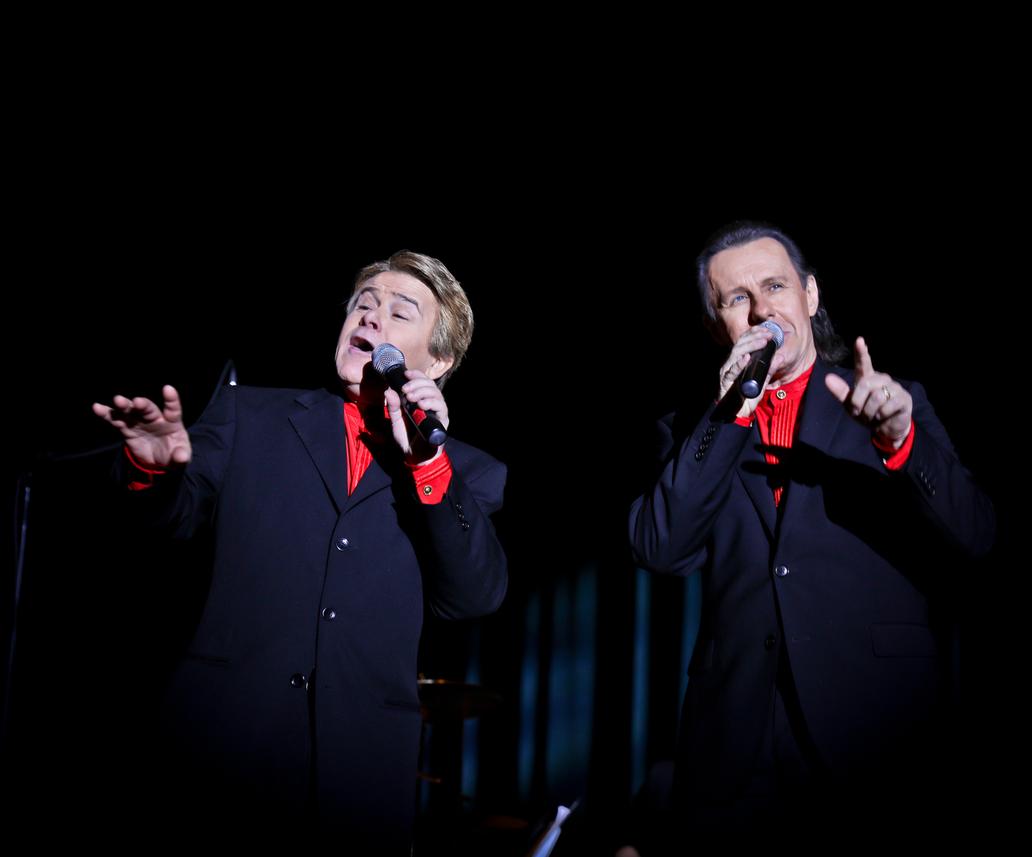 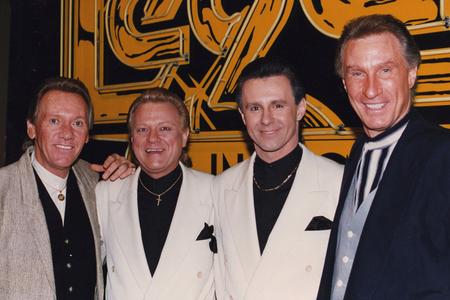 A Tribute To The Righteous Brothers - Promo Video

TRIBUTE TO THE RIGHTEOUS BROTHERS

Backstage at Legends In Concert - 1995

When Bill Medley and Bobby Hatfield (The real Righteous Brothers) came to the Imperial Palace in 1995 to see Gene Sironen and Doug Masters do their Tribute to the "Blue-eyed Soul Duo," not only were they thoroughly entertained, they were impressed with the response the on-stage duo received.  Bill Medley was quoted as saying, "I wish we got that kind of applause."  He also remarked, "I feel like we finally made it."

After 8 long years, Sironen finally found a new partner, Larry G Jones.  Jones has the vocal range and look of Bobby Hatfield.  Together, Sironen and Jones recreate the magic of The Righteous Brothers.

Gene Sironen & Larry G Jones have performed to standing ovations, especially in the Senior marketplace.  Their portrayal of the Righteous Brothers is not only a brilliant recreation of the Blue-eyed Soul Duo, but it also brings back the history and memories of a wonderful era gone by.

Sironen’s earlier incarnation of this act was a mainstay at Legends In Concert in Las Vegas for 10+ years, during which time they garnered an award for “Best Vocalists In A Production Show” on the Las Vegas Strip.  He also brought the act to many Casino Showrooms, performing the tribute to exhilarated audiences around the country.

Sironen & Jones recently played to a Sold Out audience of 1500 in Sun City, AZ, and have been asked back to perform in their 8000-seat outdoor amphitheater.

With songs like; You’ve Lost That Lovin’ Feeling, Unchained Melody, You’re My Soul & Inspiration, Rock & Roll Heaven, Little Latin Lupe Lu, My Babe, and so many others, get ready for an evening of rockin’ good music, a bit of comedy, wonderful memories, and a whole lot of fun.

"Thanks for keeping our music alive!" - Bill Medley