"If my Goddaughter saw you, she'd be flattered!"
Jackie Reach
Cher's Godmother

"I can't tell you how many people thought you really were Cher!"
Fran Drescher
The Nanny 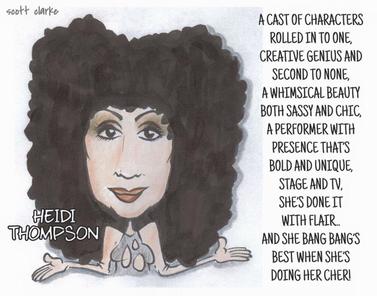 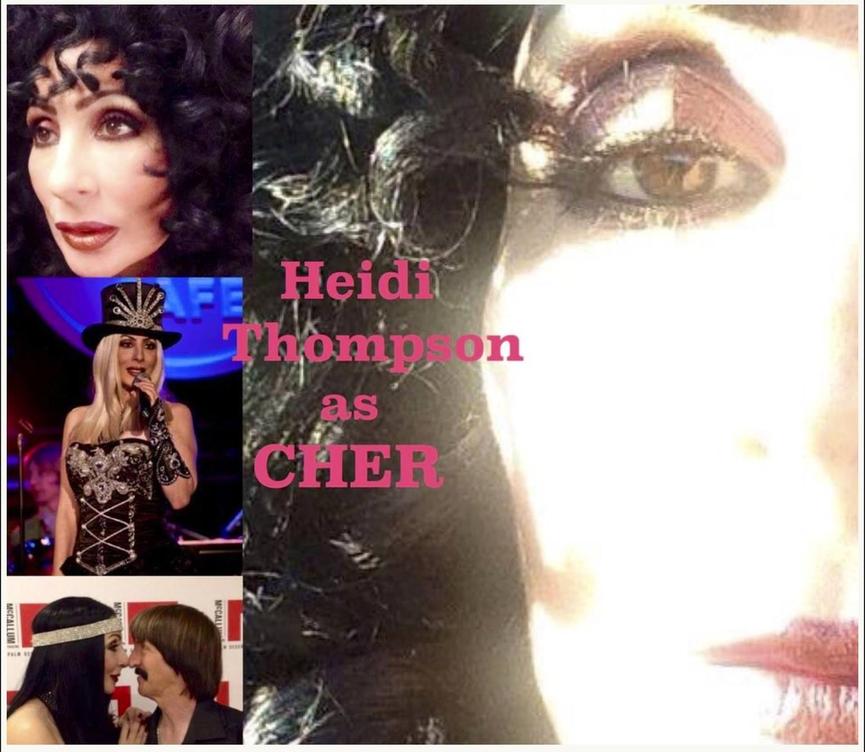 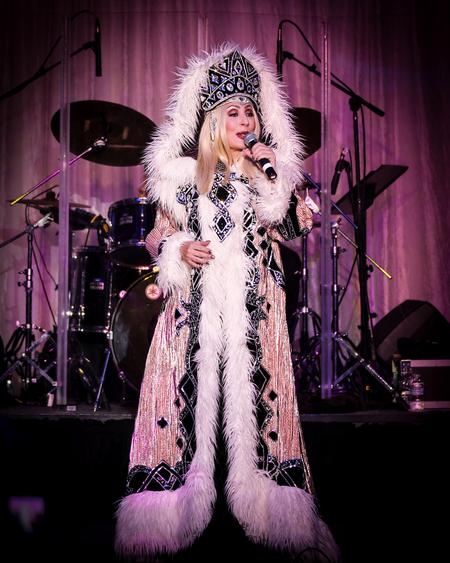 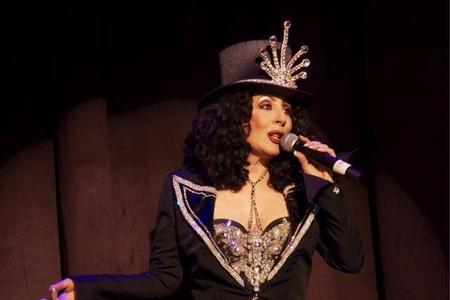 Heidi Thompson as Cher on "The View"

"You certainly have her down pat!"
Pat Paulsen
Comedian​

Heidi Thompson has the most prestigious resume as a "Cher" impersonator.  Famous celebrities, such as, Rich Little, Barbara Walters and Sonny Bono, have given testimonials to her uncanny portrayal.

Thompson was the only "Cher" impersonator to star in the top impersonator show, "Legends In Concert" at the Imperial Palace in Las Vegas, and was a mainstay act in that show for over ten years.

She was also an original cast member who launched the "American Superstars" show, which recently closed their several-year run at the Stratosphere Hotel/Casino in Las Vegas.

Thompson has also guest-starred on several national television shows, such as, "The Nanny," "The Leeza Show," "The View," and most recently, "The Ellen DeGeneres Show."  She was chosen out of twenty Cher impersonators to represent the debut of the television cable network, "TV Land," doing a national promotional tour with comic, Pat Paulsen.

Thompson is featured in the book, "Made You Look," and is the only female "Cher" impersonator to be showcased in a nationally released book about Cher's career entitled, "The Cher Scrapbook."

Her numerous corporate clients include General Electric, Home Depot and Microsoft, to name a few, and she has traveled all over the world to perform her live tribute to "Cher."

Thompson's look, singing and speaking voice, mannerisms and quick comedic wit, have surprised audiences for over twenty-five years.  She is best known for bringing an unsuspecting male audience member on stage with her to sing "I Got You Babe."  This improvised section of her act has given her the reputation of the highest esteem, and has become the template by which most other Cher impersonators have fashioned their acts.

Heidi Thompson is considered by many to be the "Top Cher Impersonator" in the business!